This is Part 2 of a series.

When I was about age 11, around 1984, my father's office got a new computer: an Olivetti M24. Olivetti, like Triumph-Adler, started out as a typewriter manufacturer, this time an Italian one instead of a German one. And like Triumph-Adler, and IBM long before it, computers were just more office equipment.

The Olivetti M24 was an IBM PC clone and it had a good reputation. It was IBM compatible but had a faster Intel 8086 8 MHz CPU instead of the 4.77 MHz in the IBM PC. I realized that back then; my father talked about it. 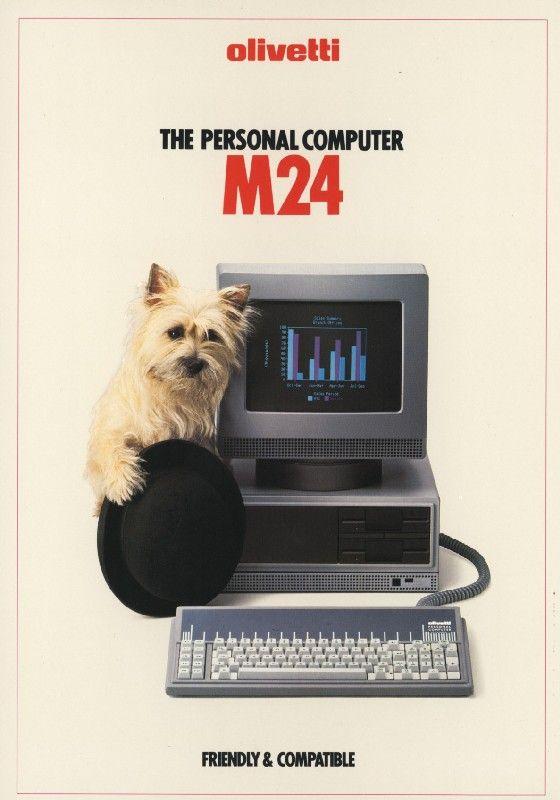 Ad for m24 with dog and bowler hat

I think the black bowler hat in the picture is a sly hint towards IBM PC compatibility, as the IBM ads at the time featured a Charlie Chaplin tramp lookalike. 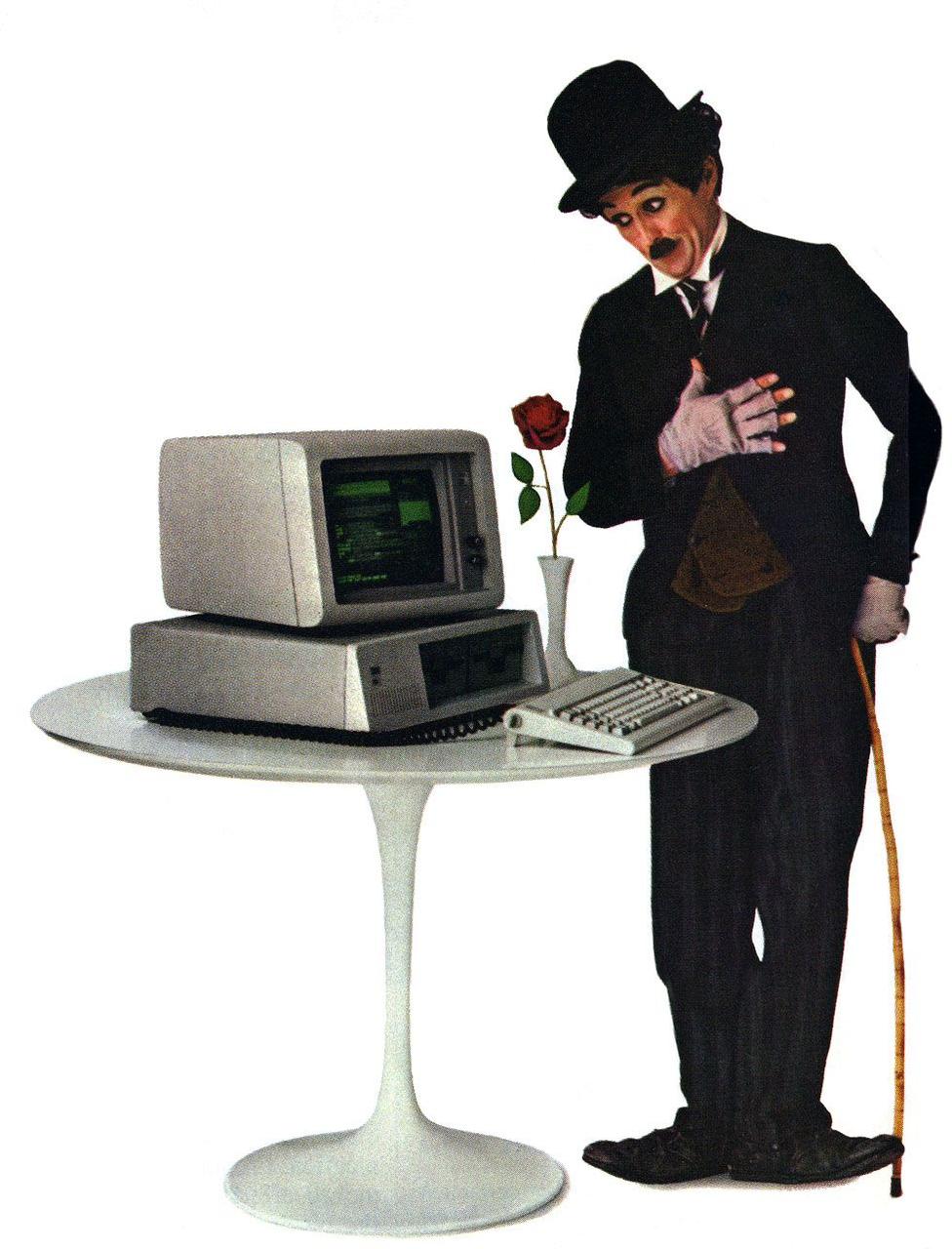 Unlike the ad, we didn't have a color screen though, it was light blue on black: 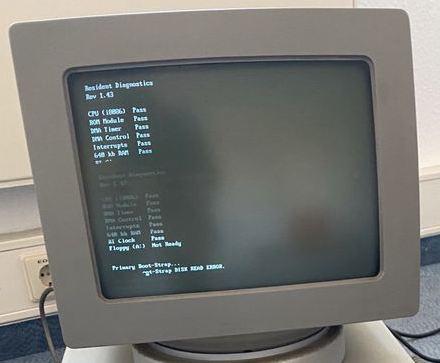 I continued my BASIC programming sessions. I had seen computer games at my uncle, who at some point had upgraded to a Commodore C64. The Olivetti M24 also had a few simple games available, written in BASIC. My goal was to create a computer game. My goal throughout my teenage years remained to create computer games. I was never very successful, but on this quest I learned about programming.

One of the great problems I had was how to generate random numbers. In my mind, games had to involve randomness, otherwise the enemies would behave the same each time you played the game. I learned that I could use RANDOM in BASIC to get a random number, but it got me the same sequence each time I started the program, which frustrated me. I learned about the RANDOM SEED, but that required you to either hardcode a number (leading to the same problem) or asking the user for one each time the program started up, which for some reason was unacceptable to me.

One day I joined my father on a business trip to a software developer in another town in the Netherlands, and this resulted in a breakthrough. I presented my problem to a programmer there, and he suggested I try RANDOMIZE TIMER. This was the first professional programmer I ever talked to in my life.

This sounded absolutely baffling to me - I realized TIMER had something to do with time, but how in the world would that fix my problem? But back at the office again I tried it out and it did. The magic worked!

I was elated! I am not sure when I put together that computers have a built-in clock and that this time taken as a number was arbitrary enough that it could serve as a seed for a random number generator.

It's interesting to reflect on the fact that I barely spoke any English at this point. I had been exposed to English-spoken television with subtitles in Dutch, but I couldn't really read English.

The Olivetti M24 came with manuals in English. I would browse through them to try to learn more about the possibilities of programming. 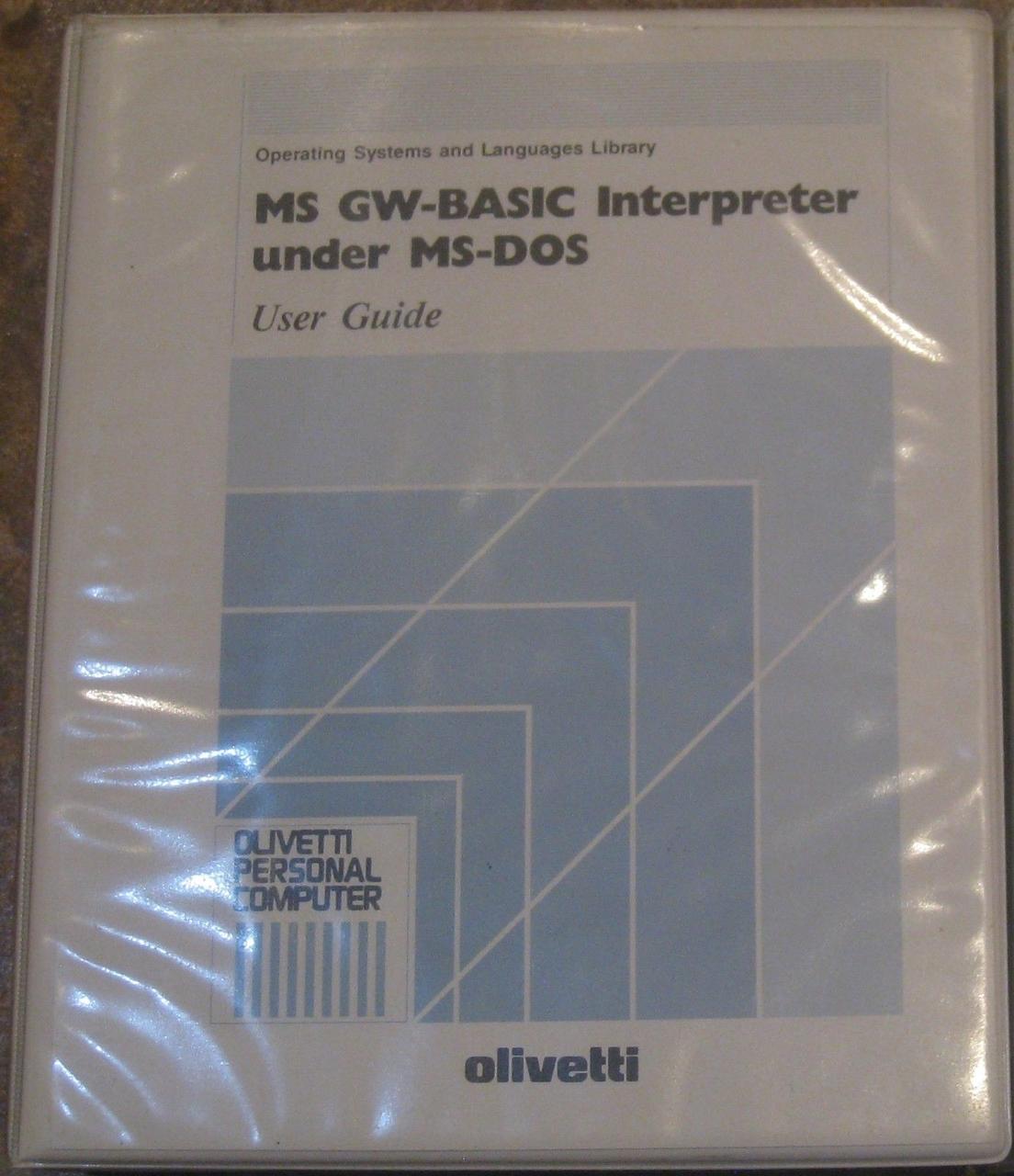 Computers were magic, but if I cracked the magic I might be able to create a game. Some of the incantations I understood, and some remained a mystery.

The information space I was in was very limited. Obviously no internet. No BBSes either; no network of any kind. At some point later in the 1980s I saw Wargames on TV, but the notion of being able to dial into a distant computer was still science fiction to me. My interformation space about computers the early days mostly consisted of my father and the User Guide.

As to the M24, my father bought more of them for the office. He also acquired a second hand "luggable" computer a few years later, the Olivetti M21, at some point. I played Space Quest on it. The hard drive was flaky -- sometimes it would audibly spin down, which would block scene transitions form loading in the game. A good slap on the top would cause the drive to spin up again, and the game would continue.

In the early 1990s I went off to college and I was gifted an old M24 for me to use. I remember running a LISP interpreter on it; by that time I was able to copy programs off the Internet to run on it.

Thanks for reading part 2! Next time, we'll go into when I got an actual home computer.